ASRock has just teased its new 10 liters concept PC, which sees the company attempting to redefine the high-performance Mini PC… check it out:

The new ASRock DeskMini Max supports AMD’s very latest Ryzen CPUs and APUs all the way through to the flagship Ryzen 9 5950X processor, which offers 16 cores and 32 threads of CPU power — all in a tiny PC. You can’t just offer a flagship 16C/32T processor without copious amounts of RAM and GPU horsepower, right?

ASRock can configure up to 128GB of DDR4 U-DIMM memory in its own in-house proprietary motherboard, and on top of that you can throw in a discrete GPU for some serious Mini PC gaming and productivity horsepower. 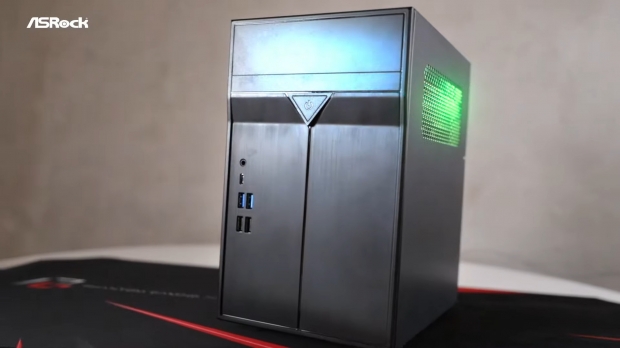 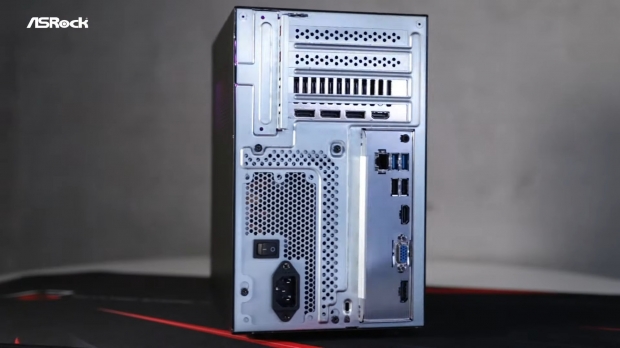 The Mini PC concept has been designed so that it can be tweaked with different combinations of hardware: a discrete graphics card, a 5.25-inch optical drive, multiple 3.5-inch mechanical HDDs or SSDs, and an air-cooled CPU or water-cooled CPU that has its waterblock hidden in front of the GPU — yes, in front of the GPU! 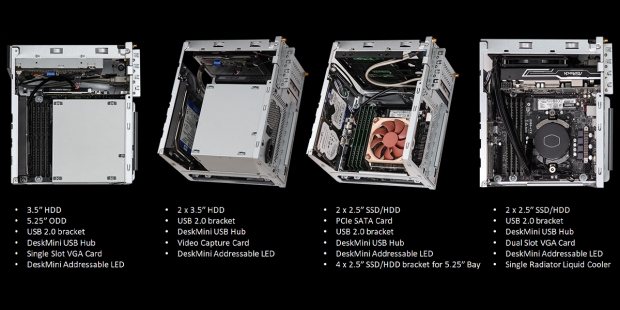 Powering the system we have a 500W 80 PLUS bronze PSU, with ASRock customizing the cable length — with the custom PSU making cable management nice and neat, saving space, and providing better heat dissipation. 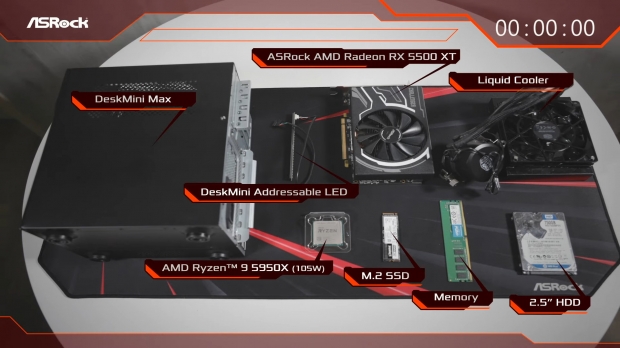 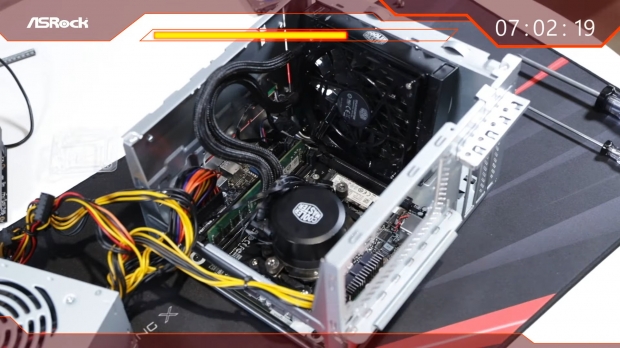 There’s some huge upgradeability here, so you could tweak the ASRock DeskMini Max PC over time.