Chinese PC maker Minisforum has just released a powerful new mini PC for pre-order, with US$100 off for early birds. The new Minisforum EliteMini HX90 is remarkable for squeezing a lot of computing power into a diminutive frame (60 x 195 x 190mm), with this model packing an AMD Ryzen 9 5900HX processor (a ~45W laptop chip) within its 2.223 litre volume. 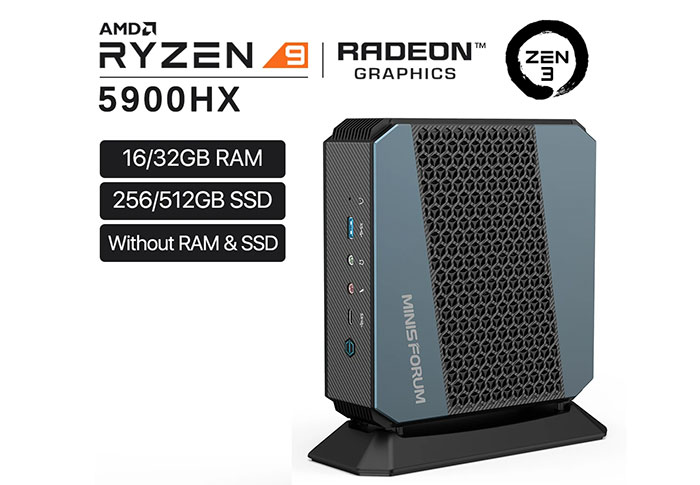 Minisforum appear to be following the NUC sales model with its offer of both barebones systems (no RAM or SSD supplied), and various pre-configured options. The system is US$649 as a bare bone, with pricing scaling up reasonably to $909 for the top spec model with 32GB RAM and a 512GB SSD pre-installed. The systems maker confirmed that “HX90 is Windows 10 pre-installed”. I’ve bulletpointed all the most important specs below. 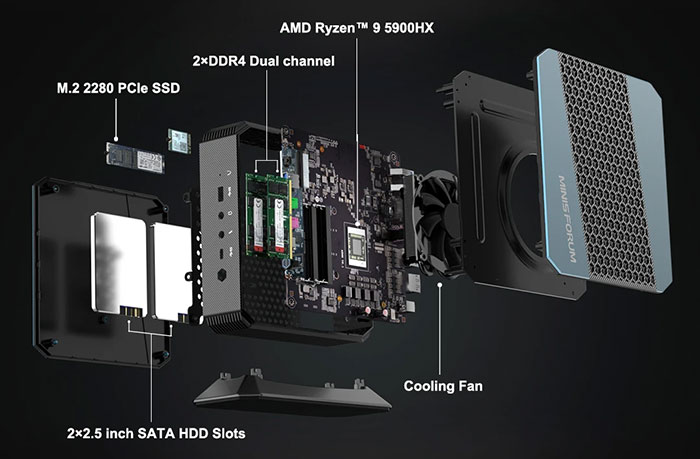 Aspects of the EliteMini HX90 of which Minisforum are particularly proud include the ability of the system to hook up and handle quad-4k displays at 60Hz, that it has offers a mix of injection moulded and carbon fibre construction, that it is upgrade friendly, it has lots of ports, and a decent selection of accessories in the box.

Sure the system will be capable of some gaming, with the Vega 8 integrated graphics, but the lack of Thunderbolt 3 port here means you can not plug in one of the many eGPU solutions. 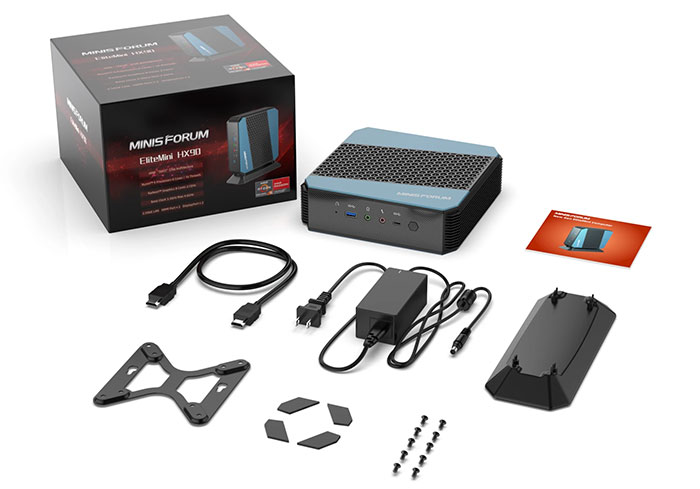 Shipping of Minisforum EliteMini HX90 systems is expected to begin in “mid-September”. You can buy it with US, EU, UK or AU-type power adapter in the box, and it looks like the maker prefers to be paid via Google Pay. Previous Minisforum AMD and Intel-powered PCs have been reviewed by the likes of Ars Technica, Guru3D, and Windows Central, so it isn’t a new ‘no name’ startup, but I think it is still worthwhile to wait for major tech site hosted reviews, even if it means missing out on ‘early bird’ deals.