Fortnite Superman has been a highly anticipated arrival since his appearance in the Chapter 2 – Season 7 trailer (playing Fortnite as Batman, no less). Finally, the Caped Crusader has arrived in Fortnite instead of just being teased as “Coming Soon” with the Battle Pass. Superman is one of the most iconic superheroes ever, let alone a DC Comics hero. With a couple of other DC Comics collaborations, such as Batman and Beast Boy, Superman joins the fight against the alien invaders. Here’s everything on Superman in Fortnite. 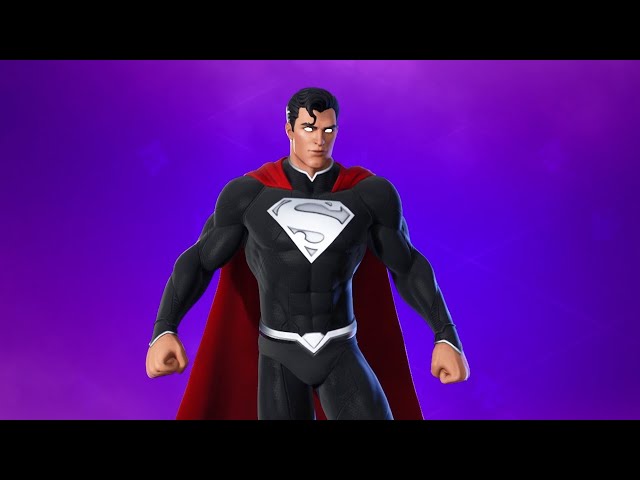 Superman will join Beast Boy and Batman as a brand new NPC on the island. This will lead players into the first related quest for the Superman skin. “Complete Quests from Clark Kent, Armored Batman or Beast Boy.” Players will need to complete five quests from these NPCs to fulfill the first challenge. Superman can be found at the top of Steel Farm, Batman in Dirty Docks and Beast Boy in Weeping Woods.

This will unlock the Clark Kent base skin, which can be customized with further quests. The second quest involves another single quest from any of the DC Comics NPCs. This will give players the Call to Action emote. The third quest is to complete three more quests from them, which will award Fortnite players with the Superman Shield spray emote.

The fourth quest involves gliding through rings with Clark Kent. Therefore, it can’t be completed until the first quest is done and the skin is claimed and equipped. Five rings will satisfy the requirement. This will award Fortnite players with the Daily Planet back bling.

The fifth challenge involves using a phone booth as Clark Kent, harkening back to when Superman would change into his supersuit. This awards players with several items and variations. The last few challenges involve simply completing a number of quests to unlock the rest of Superman’s items and variations.

Superman and his quests are live now, and players can begin unlocking his skin and other cosmetics.