I don’t see the point of this graphics card release, like… at all — but here we are. 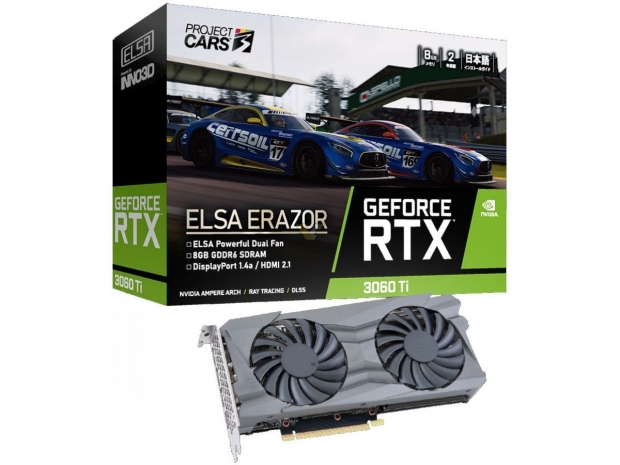 Anyway, the company worked with Slightly Mad Studios — the developer behind Project Cars 3. Sure, Project Cars 3 might be on the retail packaging, but unlike yesteryear when the packaging had a game displayed on it and it was included, the ELSA GeForce RTX 3060 Ti ERAZOR does not come with Project Cars 3 bundled.

SO what the hell is the point?

You do get some special in-game challenges and car stickers because people are going to buy a specific graphics card for that. You’re looking at $866 or so with the ELSA GeForce RTX 3060 Ti ERAZOR available in Japan, now $866 is quite the leap up from the $399 MSRP on the RTX 3060 Ti, and you don’t even score a copy of Project Cars 3.