Nintendo revealed its upgraded Switch OLED without any upgrades to the CPU, GPU, or RAM — and while for some that’s surprising, it didn’t surprise me and many of those with their own independent sources throughout the tech industry. 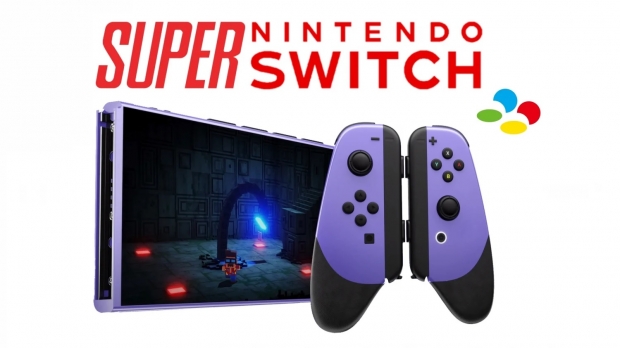 We heard rumors of the next-gen Nintendo Super Switch for a while, but then Nintendo dropped the Switch OLED without any upgrades into gamers’ laps — if you thought Nintendo was finished with that, you were very wrong. Why would Nintendo which is in the middle of its most successful run of all time, just release a half-baked, no-upgrades Nintendo Switch OLED?

A few months ago we heard rumors that NVIDIA’s next-gen Ada Lovelace GPU architecture would be inside of the next-gen Nintendo Super Switch… and now according to Tom from Moore’s Law is Dead in his latest video, it seems that could be the case.

Tom said: “I am under the impression Lovelace isn’t even a desktop card. I think it’s probably in the next Nintendo Switch from what I can tell… but that definitely isn’t coming before spring 2022. Some of the most reliable NVIDIA leakers seem to be pretty convinced that Lovelace is in fact the next desktop architecture, so this would be a crazy scoop if it wasn’t“.

“But then again, if I look at NVIDIA’s roadmap for — you know — self-driving SoCs… ones that a lot of people were talking about a Switch Pro might use, or it actually is sampling… right when that dev said it would be and launching the year he said the Lovelace APU would be“.

“Some of my other developer contacts said ‘well yeah, but Nintendo doesn’t use the latest stuff they always buy old crap and sell it at a huge profit — there’s no way they’d use the latest APUs”. Tom adds, that he started thinking about this one “pretty hard“.

I said in my article from earlier this year that we do live in a buzzword marketing world, where 4K 60FPS and 4K 120FPS — hell, even 8K gaming is a thing — with the next-gen PlayStation 5 and Xbox Series X/S consoles are capable of some of that. But Nintendo is stuck in a 720p world and an OLED display isn’t going to help with that.

Tom adds: “Do you think Jensen is happy that these developers were working extra hard to squeeze AAA games on a weak NVIDIA card, are working hard to optimize for Maxwell in 2021… don’t you think NVIDIA wishes they were optimizing for a newer NVIDIA architecture. I mean, imagine if Sony for some perplexing reason didn’t go with GCN for the PS4 — but actually — went with an HD 6000-based architecture and for all of the PS4 and Xbox One’s life, devs were optimizing for pre-GCN“.

“If I was NVIDIA, I wouldn’t want Nintendo working on — for example — some 12nm-based Xavier APU in 2025! I’d want them working on the latest stuff, I wouldn’t give Nintendo a choice… if I was NVIDIA, I would say ‘I thought it would be obvious that Nintendo would choose a Pascal-based APU and try to make us make a custom Volta one in 2017 instead of going with — cos remember, Pascal had already been out a year by the time the Switch launched, instead of choosing Maxwell but Nintendo just doesn’t do that“.

“If I was NVIDIA I wouldn’t even offer to sell Xavier, I’d say it’s not being produced anymore — you’re either using some version of Orin or you’re using a custom APU we’re going to build for you, because that was a mistake to actually let you choose Maxwell, we want you to be optimizing for our newest architecture. I don’t know that for a fact, but I do know that’s what I would do if I was NVIDIA“.

“Orin is a “family of SoCs”… could Lovelace just be the codename for the APU in that Orin family? Or is there just some version of Orin coming out later that actually has a Lovelace architecture in the GPU portion, which if it did Lovelace is probably really similar to Ampere — probably like comparing Maxwell to Pascal, isn’t it?“