As we approach a year following the launch of iPhone 12, MagSafe has stood out as one of the most compelling features. Here’s how you can add it to any iPhone, or really, any smartphone.

What can MagSafe do?

Before we discuss how to add MagSafe, perhaps it best to discuss why you’d like to add it in the first place.

MagSafe is a new connectivity standard that serves various purposes. For example, you can use it to mount your iPhone to car vents, tripods, gimbals, bikes, and more. Devices can also be mounted to your phone— things such as folio covers, wallets, or battery packs.

For iPhone 12, it also enables fast-charging — up to 15W — twice the speed of iPhones on Qi. Unfortunately, Qi charging is capped at a paltry 7.5W.

MagSafe has an NFC reader as well. At the moment, only Apple accessories include an NFC chip, but this is what enables the on-screen color-matched animations when strapping on an Apple-branded case.

More and more accessories continue to come to market since the launch of the iPhone 12, and as Apple doubles down on it, we’ll only see more show up.

It should be noted that just because you’re adding magnetic capabilities doesn’t mean you’re getting all the benefits of MagSafe. There are multiple aspects that won’t work without the internal hardware of the iPhone 12.

Looking at charging speed, MagSafe charging can deliver speeds up to 15W, as mentioned above. But when using an adapter, users will only get up to 7.5W of power via Qi. That said, users will still see benefits with MagSafe compared to regular Qi because the magnet will align the phone and ensure proper placement. 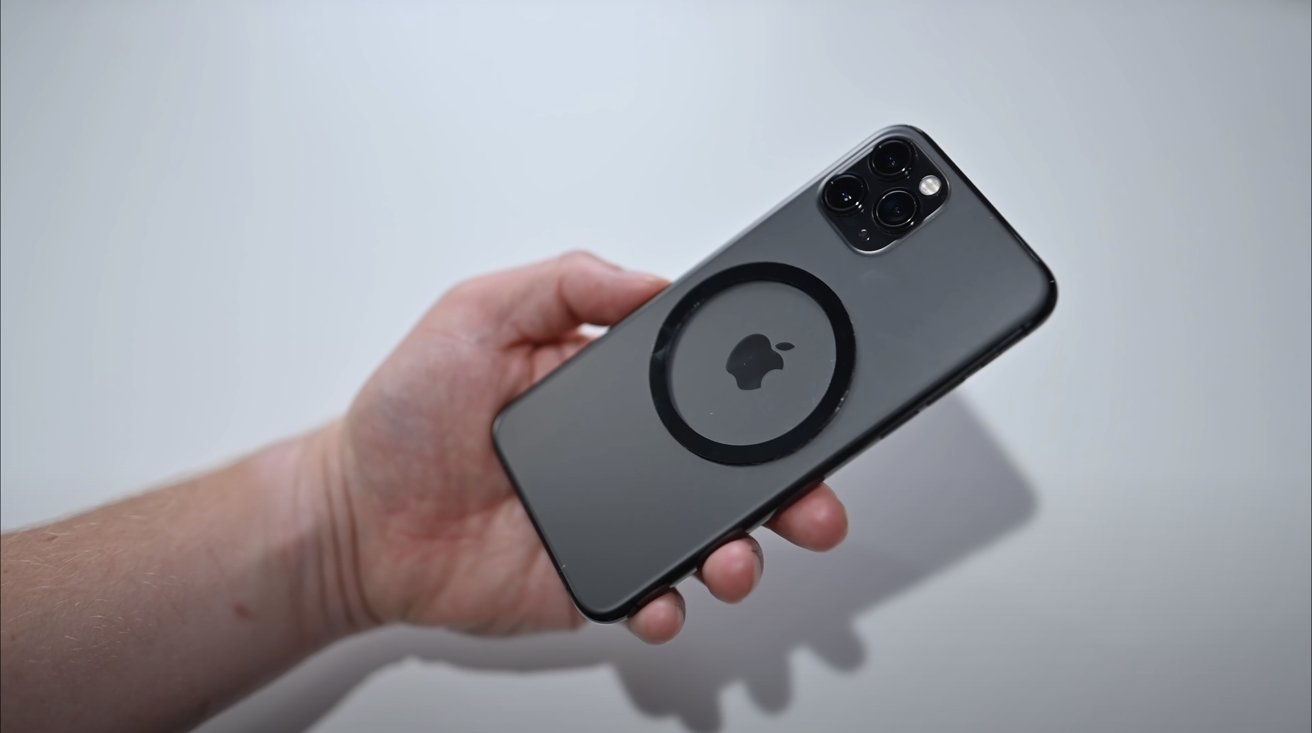 The adapter we’re recommending includes the ring of magnets. But, unfortunately, it won’t have an orientation magnet that MagSafe uses for specific applications, such as wallets, battery packs, and some mounts.

Lastly, Apple includes an NFC reader in the MagSafe technology on the back of the iPhone 12, which is used to read a corresponding NFC chip in select MagSafe accessories. For example, placing Apple’s California Poppy leather case on an iPhone 12 will result in a matching animation on the display. It also can detect Apple’s MagSafe wallets.

Obviously, the adapter does not include this NFC reader, which doesn’t mean much. Apple’s MagSafe cases don’t come in sizes for other devices, and as we mentioned, Apple is the only one using the NFC reader. If more functionality is enabled for NFC in the future, it may be more of an issue, but as it stands, this is no loss.

Adding MagSafe to iPhone 8 and later

For iPhone 8, iPhone X, iPhone XS, iPhone SE, and iPhone 11 users, adding an aftermarket MagSafe solution will provide most of what MagSafe can offer. Just the limitations outlined above.

To add MagSafe, you’ll need an adhesive MagSafe adapter. We chose to use the newly-released Mophie Snap Adapter. 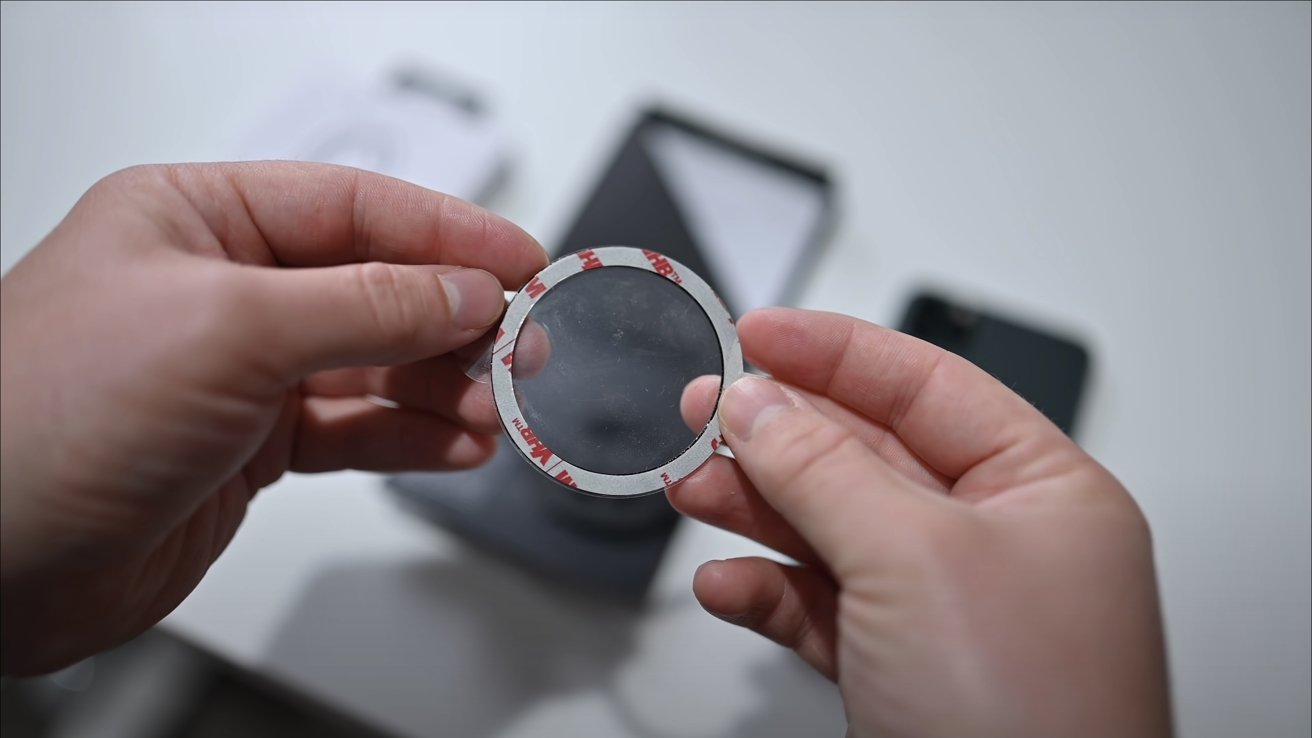 Included in the Snap Adapter box is a sizing guide to help align the mount and two individual adapters. The adapter goes directly on the back of your phone, which means it can slip right under your case, should you use one.

If you use a case, we recommend a thin one to reduce the amount of space between your iPhone and the charger. Alternatively, you could add the adapter directly to the back of the case. This would increase the magnetic attraction to MagSafe accessories though then the adapter is visible. 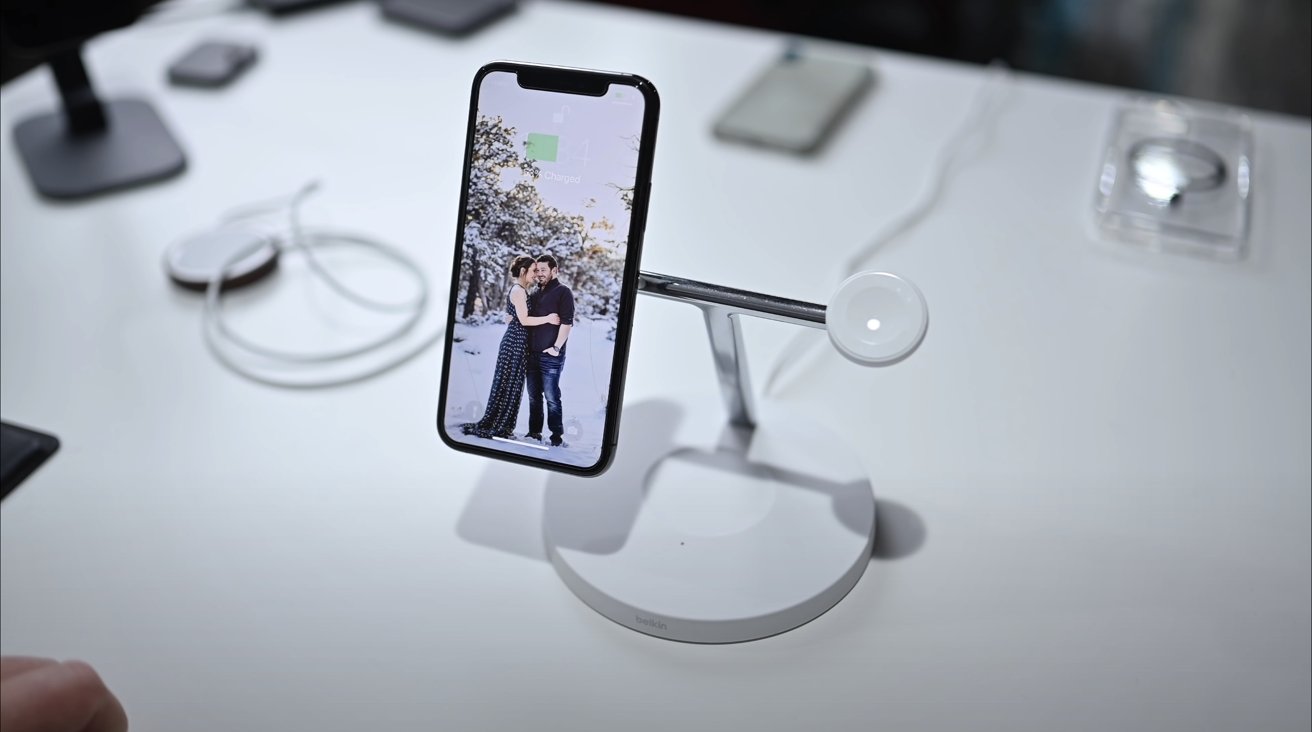 Older phones can have advantages from MagSafe too

Now that the adapter is installed, you can choose your favorite accessories, such as Belkin’s MagSafe Duo, the Moment photography-oriented mounts, or your favorite MagSafe wallet.

Adding MagSafe to iPhone 7 and earlier 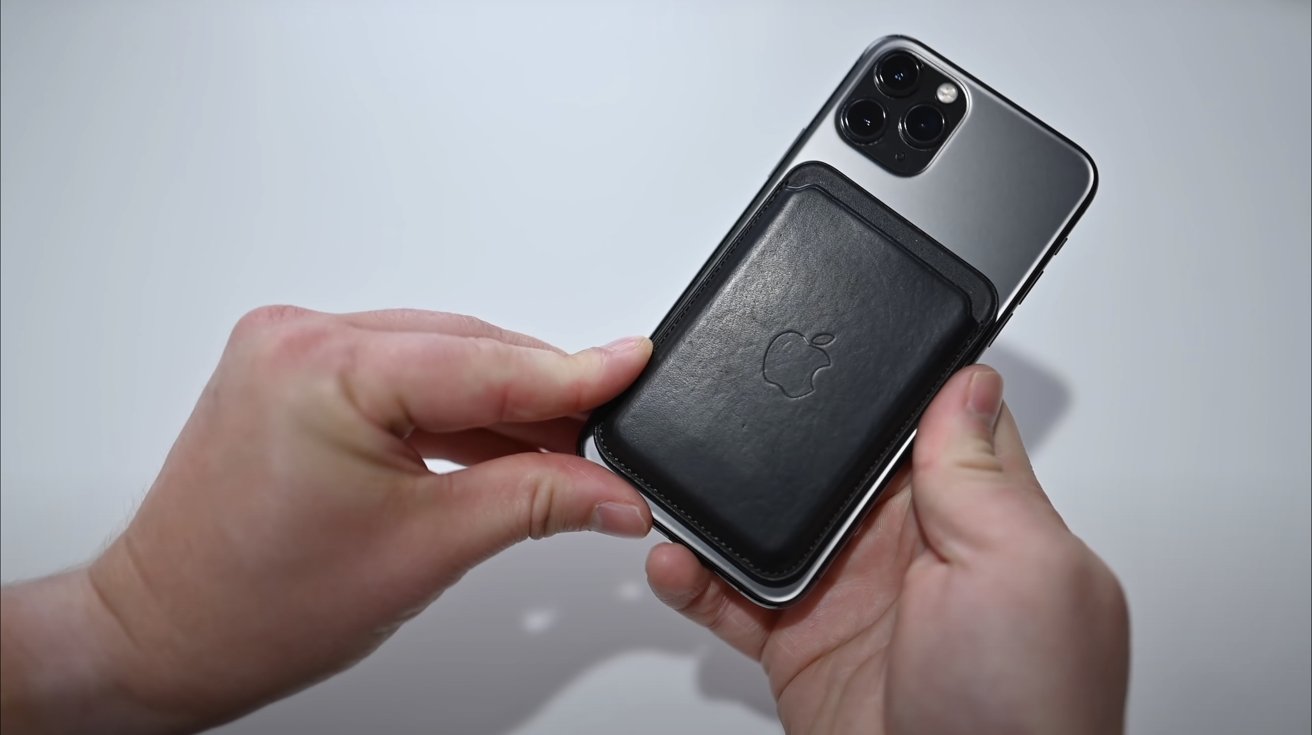 There are still reasons to add MagSafe, however. Namely, mounts. You can affix a MagSafe wallet to the back of your phone or rely on a MagSafe-enabled car mount. Or perhaps even the new MagSafe-capable PopSockets.

While there’s no wireless charging, it still is a boost of functionality to an aging device.

If you’d like to grab Mophie’s Snap+ adapter, you can do so from Zagg’s website For $19.95 though you can save 20 percent if you use promo code INSIDER20.

Another option is to grab a MagSafe-enabled case. Availability varies by model, and not many big-name case manufacturers have jumped on board yet, but you still may be able to find them.