As we all know, there are usually new smartphones between January to March and August to October every year. Earlier today, Realme’s official Weibo handle announced the upcoming “Realme Flash”. The company revealed that this smartphone will become Android’s first magnetically-absorbing wireless charging phone. This is the first time that Realme is officially announcing this smartphone. However, there have been numerous rumors and speculations regarding this device. 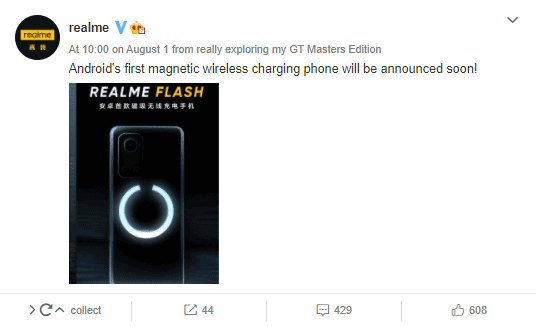 From the poster, we can see that the Realme Flash has a ring-shaped design at the center of the rear. Just like the iPhone 12 series, there should be a magnetic device inside the fuselage. This device will be able to connect with external accessories such as a magnetic wireless charger. 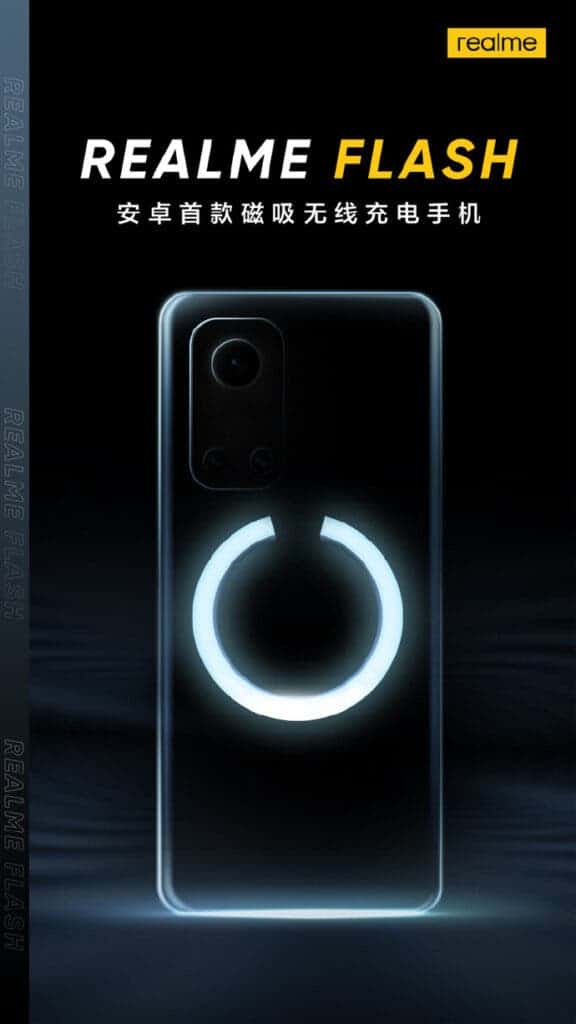 According to previous reports, the Realme magnetic wireless charger for the Flash model is very thin and light. The reports show that this charger supports 15W charging and can meet daily charging needs. However, the company also has another magnetic wireless charger that supports fast charging. Its overall thickness is much larger. The all-metal design is necessary for effective heat dissipation for charging wirelessly. The reports regarding the MagDart wireless charger show that the device will hang on to the rear of this device. It will induce power into the smartphone. This device comes with a built-in fan to ensure an effective charging speed.

Furthermore, the Realme Flash will support other magnetic accessories like magnetic cardholders, magnetic radiators, and so on. More importantly, these accessories no longer need to be connected with a heavy shell as in the past. In addition to the MagDart wireless charger, what else does the Realme Flash offer? This smartphone will come with a punch-hole display as well as a triple rear camera setup. Under the hood, it will have Qualcomm’s latest flagship processor, Snapdragon 888. This chip will be coupled with up to 12GB of RAM and 256GB of internal storage. This smartphone will support a USB Type-C connector. On the software end, this device will use the Realme UI 2.0 on top of Android 11.