A future iPhone or iPad may provide users with more touch-centric haptic feedback, by using electrostatic layers to create points of friction on the display that a user could sense with their finger.

Haptic feedback is one of the mainstay elements of modern electronic devices. The familiar buzzing of a device is used to notify and to confirm, and in gaming, can communicate travel over rough terrain.

Such shaking has its limitations, such as being a system that can potentially cause noises that can disturb other people. It’s also a system that doesn’t do much to communicate an idea on its own, as it is usually used to say there’s a notification elsewhere, with no capability to express what it is notifying without the user looking further.

In cases where the user is touching the display, either with their finger or a stylus like the Apple Pencil, vibration-based haptic feedback may not be wanted at all. If the user is carefully drawing, the last thing they need is for the drawing surface to shake.

When haptics are used to communicate that the user has touched an item that can be interacted with, the light buzz may not necessarily communicate exactly what the button or UI element does, or offer a particular style of motion. For example, a graphic of a mechanical button will seem similar to a tap of a text-based link, as users may be greeted by the same confirmation buzz.

In a patent granted by the US Patent and Trademark Office on Tuesday titled “Electronic device having an electrostatic conductive layer for providing haptic feedback,” Apple believes it can provide a sensation of friction on the display, by taking advantage of the body’s sensitivity to static charges. 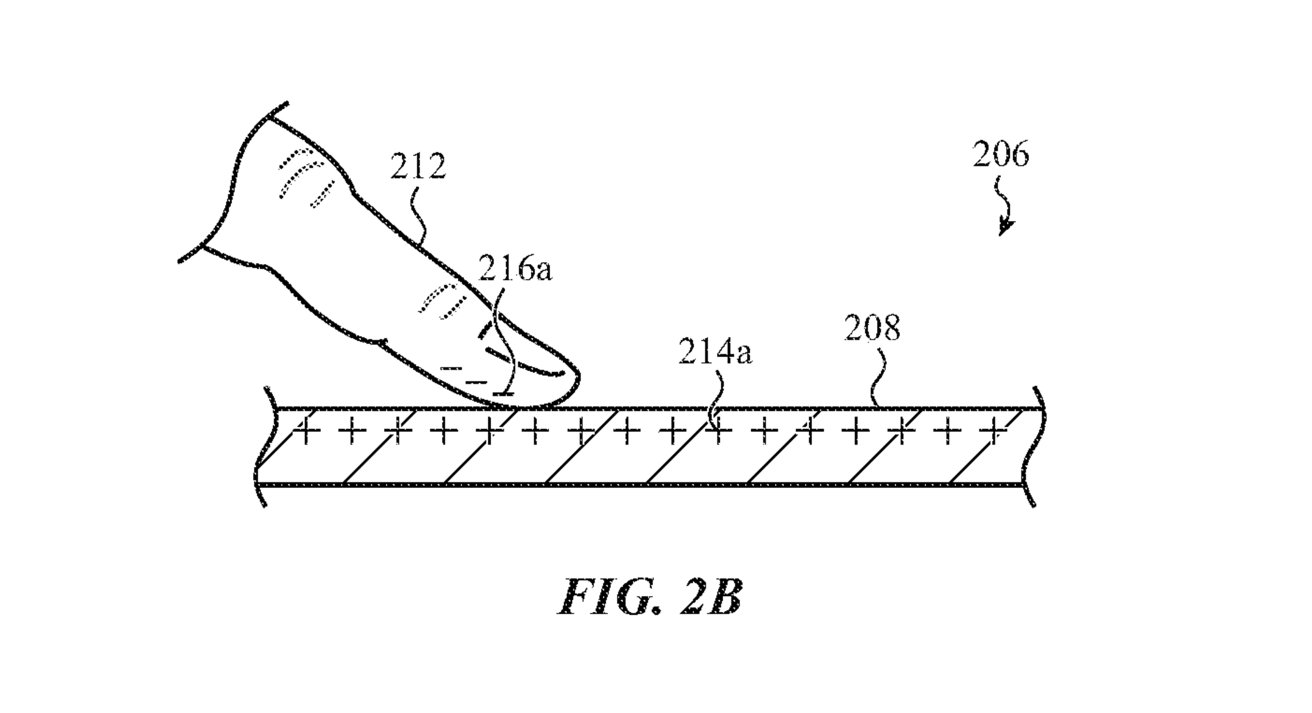 To do so, Apple suggests the use of an electrostatic conductive layer attached to a transparent sheet over the display, with a passivation layer placed on top. By electrifying the conductive layer, the system can generate a friction-based feedback to the user.

By combining the concept with a touch-sensitive layer, the display can limit the sensation of friction to specific areas of the display being interacted with by the user, and only at times that they are actively touching the screen.

This sensation would in theory provide varying levels of friction, which could allow a user to tell the difference between a seemingly rough UI section versus a smoother area, just by touch alone.

Apple also proposes the use of a cover layer with an electrostatic conductive layer that contains non-conductive particles, as well as conductive particles. The conductive regions could be spread out around the display. A passivation layer can have a dielectric material, while a drive touch electrode can be positioned below the cover sheet layer. 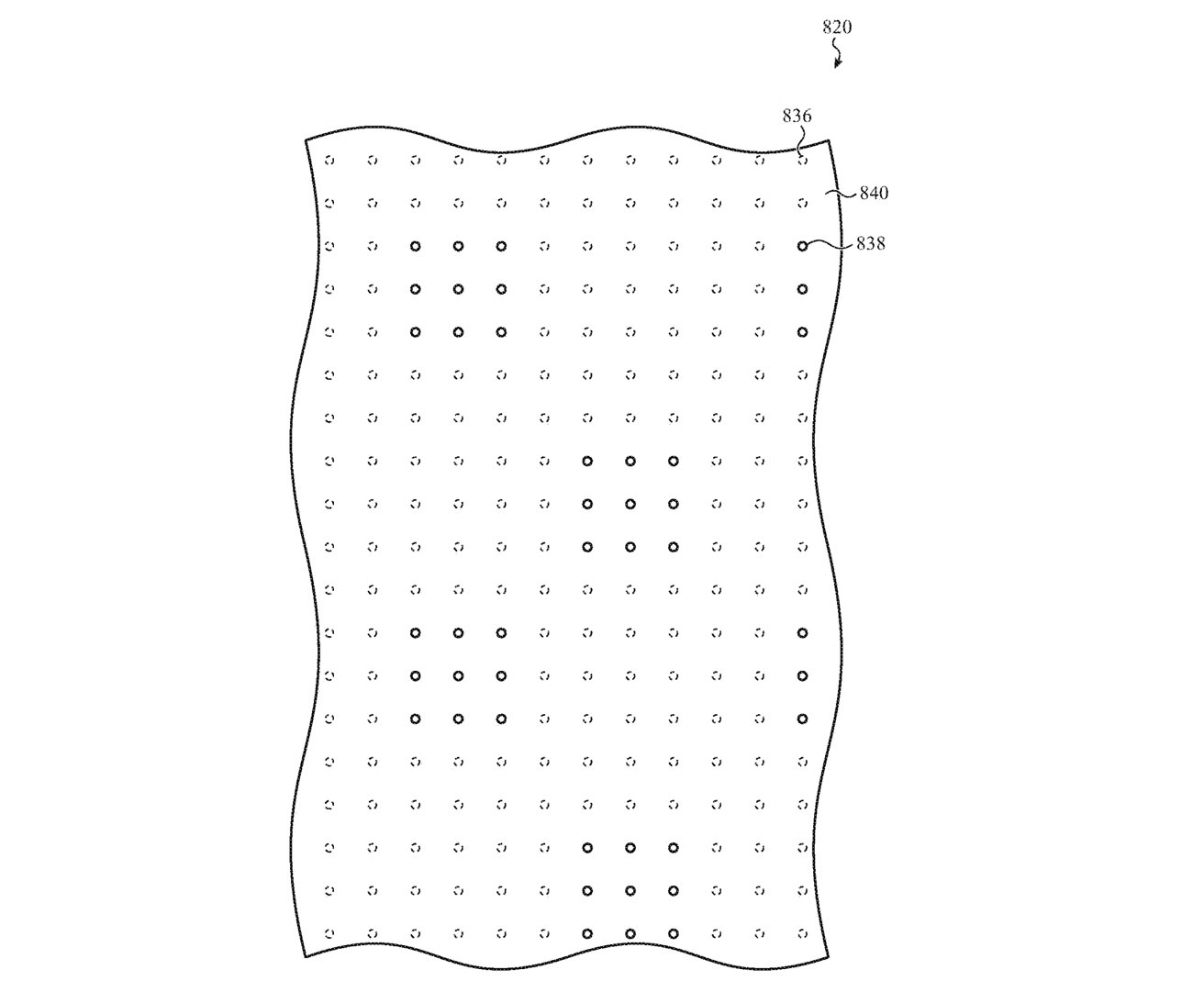 The friction could be limited to a grid of dots across a display.

The drive touch electrode can activate and force the electrostatic layer to increase friction in specific areas when required, with the application potentially applying only to the conductive particles in the layer. This could result in a grid of dots across the display that provide friction-based feedback.

The patent lists its inventors as Xiaonan Wen and James E. Peddler. It was originally filed on January 24, 2020.

Apple files numerous patent applications on a weekly basis, but while the existence of a patent indicates areas of interest for its research and development efforts, it doesn’t guarantee the concept will appear in a future product or service.

The idea of friction in haptics has been floated before in patents and applications, but chiefly from the viewpoint of the Apple Pencil. While haptics can be useful, such interactions with a stylus may not be desired.

In one July 2020 patent, Apple suggested the use of spinning internal drums to give the sensation of shaking the Apple Pencil, without doing so violently. There was also the suggestion of using scissor mechanisms and a piezoelectric beam to provide the sensation of shifting weights.

In January 2020, there was the idea of introducing movable elements in the Apple Pencil body to give haptic feedback, without affecting the weight or moving the stylus.

In April 2015, a patent for “Touch Surface for Simulating Materials” offered an accentuated actuator-based haptic system that could move both vertically and horizontally, to give a range of sensations.