Chinese stocks occupied about a fifth of my portfolio at the beginning of 2021, but they only account for about 5% of my total holdings today. I reduced my exposure to China for three reasons. 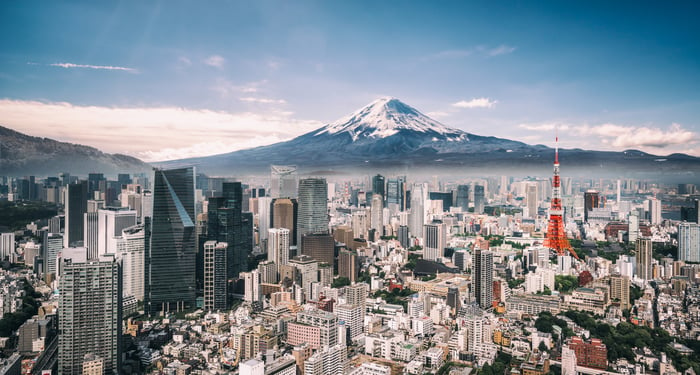 Instead of trying to navigate China’s tough market, investors should take a closer look at Japan, which is often overlooked due to its shrinking population, mature industries, and weaker economic growth.

But there are still plenty of promising growth stocks in Japan — and they don’t face challenges comparable to those of their Chinese counterparts. Let’s examine two Japanese growth stocks that deserve a lot more attention: Pan Pacific International (OTC:DQJCY) and Nintendo (OTC:NTDOY).

Pan Pacific was thriving prior to the pandemic, thanks to the popularity of its Don Quijote stores among both local shoppers and tourists. Its total revenue rose 41% in fiscal 2019, then increased another 27% to 1.68 trillion yen ($15.2 billion) in fiscal 2020, which ended last June.

Pan Pacific ended the third quarter of fiscal 2021 with 637 stores, up from 629 stores at the end of 2020. Most of those stores are in Japan, but it’s also been gradually expanding overseas with a fleet of 54 international stores.

Pan Pacific has set a goal of generating 3 trillion yen ($27.1 billion) in revenue by fiscal 2030. That confident long-term outlook, along with its dominance of Japan’s recession-resistant discount retail market, indicates its stock remains reasonably valued at 24 times next year’s earnings.

Nintendo’s revenue rose 9% in fiscal 2019 and soared 34% in fiscal 2020, which ended this March. Its total shipments of Switch gaming consoles (including both the original and Lite versions) surged 37% to 28.8 million last year, boosting the hybrid console’s lifetime shipments to 84.6 million.

Nintendo’s profitability was also impressive. Its net profit per share increased 34% in 2019 and skyrocketed 86% in 2020.

But Nintendo expects a slowdown this year as the pandemic passes. The chip shortage and competition from new gaming consoles, including the PS5 and Xbox Series X and S, could exacerbate that pain.

As a result, Nintendo expects its Switch hardware and software shipments to decline by double-digit percentages in fiscal 2021, and for its revenue and earnings to decline by 9% and 29%, respectively.

That gloomy outlook, along with the lack of a new “Switch Pro” announcement, caused many investors to shun Nintendo this year. However, Nintendo’s growth has always been cyclical — and the Switch’s eventual successor could spark another multi-year growth spurt for the company.

Nintendo’s stock trades at 18 times next year’s earnings. If you believe Nintendo will prove the bears wrong again with its next console, it might be a great time to buy its stock as the bulls take a breather.

This article represents the opinion of the writer, who may disagree with the “official” recommendation position of a Motley Fool premium advisory service. We’re motley! Questioning an investing thesis — even one of our own — helps us all think critically about investing and make decisions that help us become smarter, happier, and richer.

Do you wish to throw the very best College Dorm Party ever before?