The newest console generation has not been easy to get into, but there are some resources that make buying a PS5 or Xbox Series X easier.

As the first anniversary of this newest console generation gets closer, it is still difficult to find one by traditional means. The demand for the PlayStation 5 and Xbox Series X still outweighs the supply, and persistent chip shortages have continued to interrupt production. Only in very rare cases have these next-gen consoles been available in stores, and with aggressive scalpers eating up most online stock, hopeful gamers have had to go weeks at a time without any prospect of them coming back in stock anywhere.

As desperate as the situation has been for the past few months, there are a number of ways to make grabbing a PS5 or Xbox Series X a little bit easier. Some online retailers have made the process more forgiving for those that are continuously fighting scalpers, and there are also online resources for tracking when a restock might be happening. It isn’t always a perfect solution, but it is clear that companies are trying to do something in order to get next-gen consoles into the hands of those who really want them.

For prospective PS5 owners, one of the more direct ways to grab the console is through PlayStation Direct. PlayStation’s dedicated online shop has just about anything a PlayStation owner could think of, from hardware to PS Plus renewals. In the months after the PS5’s initial release, it has also become one of the more reliable ways to get a PS5. It isn’t as simple as logging on and ordering the console, however, as there are some caveats meant to prevent scalpers from eating up each restock.

The process of getting a PlayStation 5 through PlayStation Direct does take a bit of patience. The system works through email invitations that give players access to a private queue where they can order the console. Each private queue has a scheduled time, and so far they restock about once a month. Gamers must have a PSN account in order to receive these emails, which is one of the main things preventing scalpers and bots from spoiling the fun. While there’s still a chance that stock could run out even in these private queues, it’s still one of the most secure ways to get a PS5 directly from Sony.

While PlayStation takes PS5 shortages into its own hands, other retailers have provided their own solutions to the overall next-gen console deficit. Out of the many places that people have flocked to for the new PlayStation or Xbox, GameStop has been the one brick and mortar retailer to put its own system in place to give them a better chance. It is completely restricted to GameStop’s website, but the company is still one of the only major sellers to provide some kind of meaningful solution.

For the past couple of months, GameStop has given PowerUp Rewards Pro program subscribers exclusive opportunities to order a next-gen console online. The system is somewhat similar to PlayStation Direct, as PowerUp Rewards Pro members will receive an email saying when a PS5 or Xbox Series X restock is coming up. Unfortunately, there isn’t a private queue in this situation, so participants will be at the mercy of everyone else trying to grab a console. It should also be said, for those that may want to go with the Xbox Series S over the X, the console is occasionally available on GameStop’s website without any restrictions.

RELATED: Over Half of All U.S. Households Own at Least One Game Console

Even with all of the systems that have been put in place to try and deter scalpers, it can still be difficult to grab a PS5 or Xbox Series X. It’s hard to add exclusivity to console restocks when there aren’t any consoles available to begin with. For places like Best Buy or Walmart, this means gamers have had to try and catch restocks as they happen, and oftentimes they’ll come and go before most people can hear about them. This has been one of the most discouraging realities of the newest console generation, but social media has provided some resources for making sure restocks don’t fly under the radar.

Twitter seems to be one of the biggest places where gamers can get notified on new restocks. Whether it’s through Walmart, Amazon, or Target, there are dozens of pages that speculate and spread information on when new consoles are coming. It may be daunting to sift through all of them, but finding a reputable source and turning on notifications for new posts can be a great way to get an idea for all possible console restocks.

There really is no end in sight for the ongoing console shortage. Manufacturing has been a nightmare, and demand has outweighed supply in a way that has rarely been seen before. The most optimistic projections say the PS5 and Xbox Series X might become readily available starting in 2023, but it will be hard to judge until that time actually comes. Hopefully, as time goes on and more gamers slowly get next-gen consoles in their homes, it will open up more opportunities for those that have not been as fortunate.

MORE: PlayStation 5: How A Console Revision Could Change the Design for the Better

Steam Deck With Xbox Game Pass Would be a Game Changer 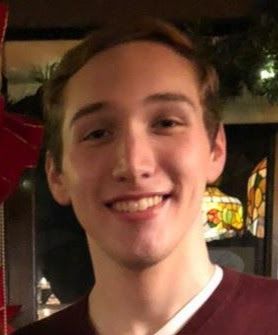 Joseph’s relationship with video games started with one silver GameCube and one copy of Mario Kart: Double Dash, and it’s showed no signs of stopping ever since. He is currently working towards a Literature degree at Stockton University, and he joined Game Rant during his senior year. When Joseph isn’t talking about Star Wars, he’s probably thinking about Star Wars.

PS5 - Warzone Will ‘Fall Off’ If Cheating Is Not Addressed