Xiaomi – RedmiBook will launch in India on August 3

Xiaomi – RedmiBook will launch in India on August 3

Xiaomi has just confirmed that it will be launching its very first Redmi-branded laptop in India next month. The company has revealed that a new Redmi laptop is coming on August 3. However, the company didn’t reveal much about the upcoming laptop. It has shared the official render. The upcoming Redmi laptop’s other features and specifications are not known at the time of writing. However, we may expect it to pack some competitive specifications and features. 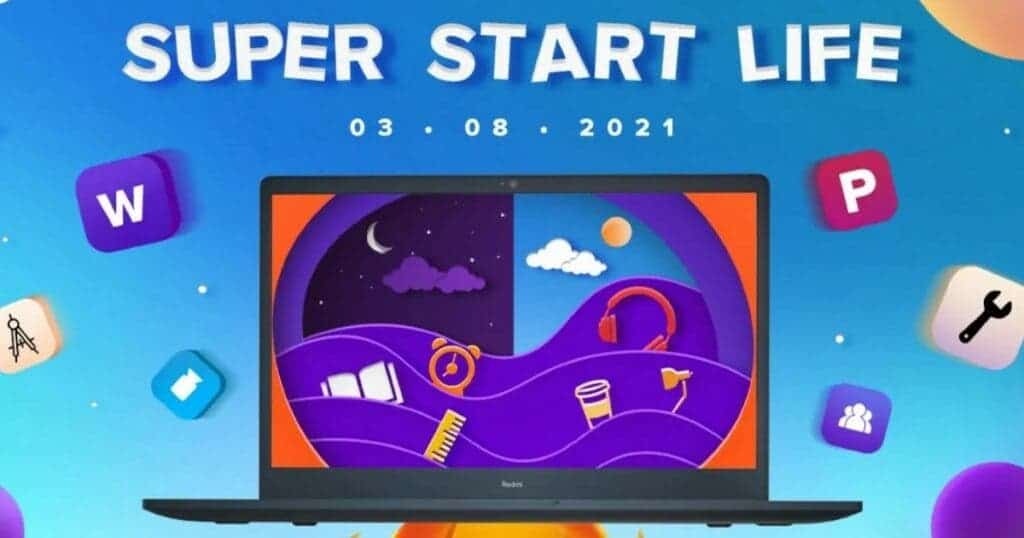 RedmiBook landing in India on August 3

Xiaomi has finally confirmed that it will be releasing its first RedmiBook in India on August 3, 2021. The company states that the upcoming laptop will target students, startups, or creative personals. The brand has given the tagline Super Start Life, which is currently running on its social media handles.

Coming to the laptop, the company is asking the users which color option. The new options include Dark Metal, Coal Black, Charcoal Grey, or Moon Grey. Coming to the design, the laptop offers some noticeable bezels around the screen. There is a built-in webcam that sits at the top of the lid. The bottom comes with Redmi branding.

It’s interesting to see a new laptop coming with this approach in the country. After all, the last few weeks have been dominated by the arrival of gamer-centric laptops. While those bring astonishing hardware, they are too expensive. Those who just need a good device for studying and lightweight work will definitively need a more affordable option.

The folks at MySmartPrice searched on Xiaomi’s China website and found a laptop that may be a good candidate for a Redmi rebranding. The laptop is close to the Mi NOtebook 13.3. In fact, both laptops come with an in-built webcam. Hence, one may expect it to have similar features and specifications as we have seen in the Mi Notebook Air 13.3. However, it is important to note that this is mere speculation about the upcoming RedmiBook. As far as pricing is concerned, the device may drop in the country with an INR 40,000 price tag.

Of course, we can’t just determine that the new RedmiBook will be a simple rebranding. The new device can also e something exclusively made for India. After all, it is one of the key markets for Xiaomi. We expect more details to be revealed in the coming weeks. After all, Xiaomi will likely try to build the hype for the launch.

[Xiaomi – RedmiBook will launch in India on August 3