In this article, we’ll compare the Xiaomi Mi 11 vs OnePlus 8T, two Chinese powerhouse smartphones. The Xiaomi Mi 11 is technically one generation ahead of the OnePlus 8T, but the 8T is still an extremely powerful smartphone, so this comparison should be quite interesting. These two phones do look somewhat similar at first (in terms of the design), but there are quite a few differences to consider.

What they do have in common is that they’ll considerably more affordable than most of their competition, despite the fact they have a lot to offer. In this article, we’ll compare them across a number of categories, as per usual. We’ll start by listing their specifications, and will move to other categories from there. We’ll go over their designs, displays, performance, battery life, cameras, and audio performance. That being said, let’s kick off the Xiaomi Mi 11 vs OnePlus 8T comparison.

When it comes to the design, they do look quite similar. Both smartphones are made out of metal and glass, while both are quite large as well. You’ll also notice really thin bezels on them, along with a display camera hole on each device. Those display camera holes are actually placed in the same spot on both phones, you’ll notice a single one in the top-left corner of each display.

The Xiaomi Mi 11 does have a curved display, compared to the OnePlus 8T, which is noticeable. The back side of each phone is curved towards the sides, while the rear-facing cameras are located in the top-left corner on both phones. Those camera housings do look considerably different in comparison, though. You’ll also notice company brandings on the back side of both devices. 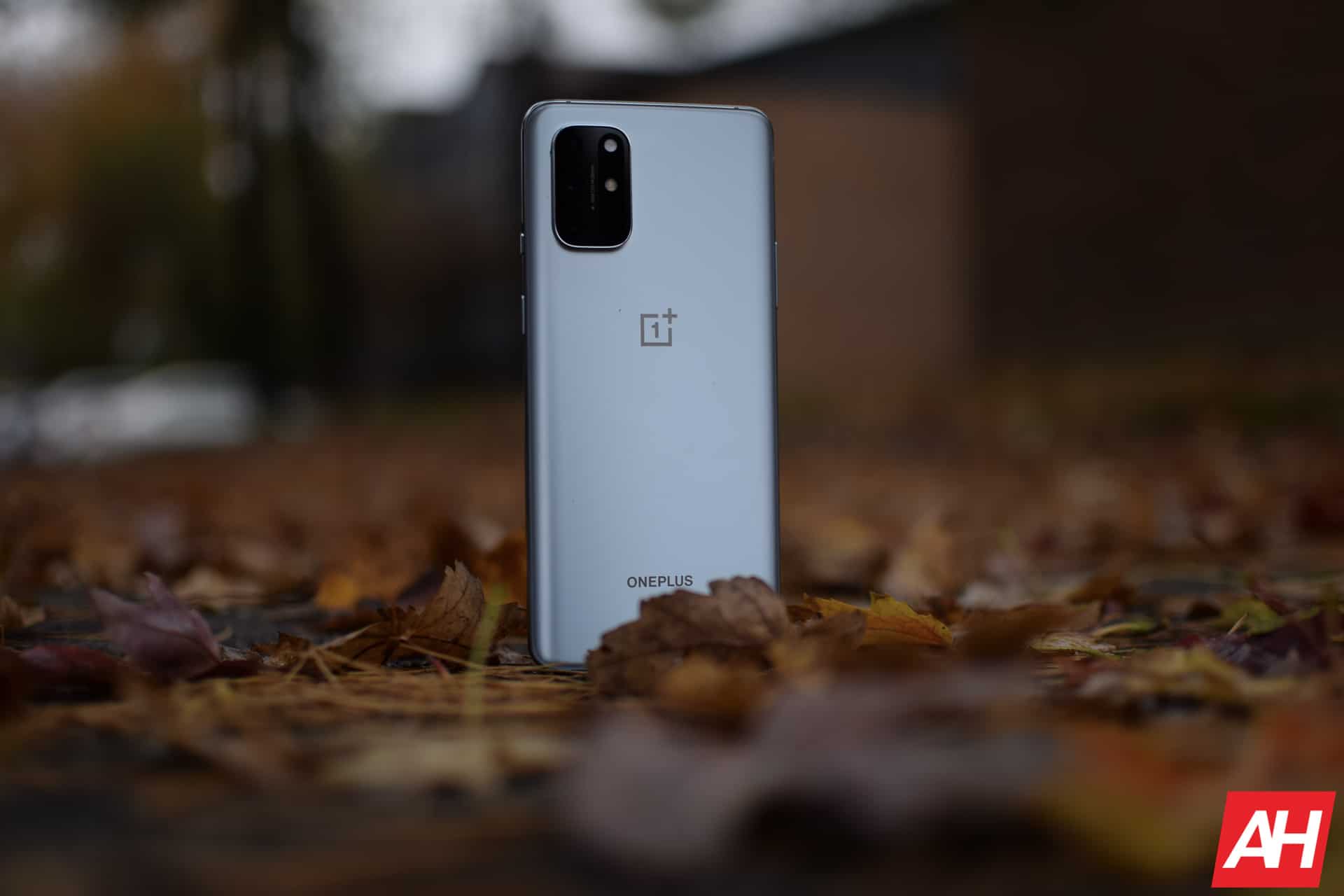 Do note that both of these phones are quite slippery. That is to be expected considering that glass is used here. What is also worth noting is that they’re quite large. Both phones measure over 160mm when it comes to height, and they’re both approximately 74mm wide. They’re almost equally thick, by the way. The Xiaomi Mi 11 is a bit heavier than the OnePlus 8T, but the difference is less than 10 grams. Both feel like quality products, though, so keep that in mind.

Both of these smartphones have large displays. The Xiaomi Mi 11 features a 6.81-inch WQHD+ (3200 x 1440) AMOLED display. This display is curved, and it delivers 1B colors to your phone. It is a high-refresh rate display, and it’s also adaptive (up to 120Hz). The display does support HDR10+ content, and it gets extremely bright when needed, up to 1,500 nits. The panel is protected by the Gorilla Glass Victus.

The OnePlus 8T, on the other hand, features a 6.55-inch fullHD+ (2400 x 1080) Fluid AMOLED panel. This display delivers a high refresh rate (120Hz), but it’s not adaptive, as the one on the Xiaomi Mi 11. The panel is flat, and it’s protected by the Gorilla Glass 5. This display can project HDR10+ content, by the way, and it also gets quite bright when needed. The Xiaomi Mi 11’s panel is technically superior, but both displays are great.

You’ll get vivid, rich colors on both displays, along with great viewing angles. Both displays get quite bright, and are simply a joy to look at. You will feel that high refresh rate, especially if you’ve used a 60Hz display up until this point. Both displays are extremely smooth, which is especially noticeable when scrolling. Each of these panels will serve you more than well, that’s for sure, though the Mi 11’s is technically better.

Is the performance any good on these two handsets? It’s actually excellent, to say the least. Both of these phones are equipped with extremely powerful hardware, though the Mi 11 is a bit more powerful, as it’s a generation ahead of the OnePlus 8T. It comes with the all-new Snapdragon 888 SoC, compared to the Snapdragon 865. On top of that, it has newer RAM and flash storage as well.

That is not something you’ll notice in day-to-day usage, though. Both of these smartphones fly through anything you throw at them, pretty much. The difference that you may notice is in gaming, mainly in the time it takes to load games. Another difference may be visible in time to process processor-intensive tasks, such as video processing, and so on. In regular, day-to-day usage, the difference is basically not noticeable.

Both phones are extremely fast in pretty much every regard, you’ll rarely notice a stutter. They can open and close apps extremely fast, the same goes for multitasking, multimedia consumption, taking pictures and videos, browsing… well, basically anything you can think of. They’re also both excellent for gaming. Both phones can run even the most demanding Android games with ease.

The two devices actually have similar battery capacities. The Xiaomi Mi 11 comes with a 4,600mAh unit, while the OnePlus 8T includes a 4,500mAh battery. The Xiaomi Mi 11 does include a higher display resolution, and a larger display, so it makes sense its battery is a bit bigger. Still, it doesn’t really have to be a lot bigger considering that the aforementioned display offers an adaptive refresh rate.

Are they any good in terms of battery longevity? Oh yes, they’re really good, in fact. Crossing the 7-hour screen-on-time mark with the OnePlus 8T is easily achievable. The Xiaomi Mi 11 is not far behind either, for you, it may even offer better battery life. Each of us use our phones differently, so your usage may see the Xiaomi Mi 11 overshadow the OnePlus 8T. In any case, both of these phones do deliver in terms of battery, though the 8T will likely deliver a bit more juice.

The Xiaomi Mi 11 comes with three, while the OnePlus 8T has four rear-facing cameras. Their camera hardware is different, though both include wide-angle, ultra-wide angle, and macro cameras. On top of those three, the OnePlus 8T also offers a depth unit. Many of you are probably wondering are the two phones any good at taking pictures. Well, yes, they are, they may not be the best in the market, but they’re really good. 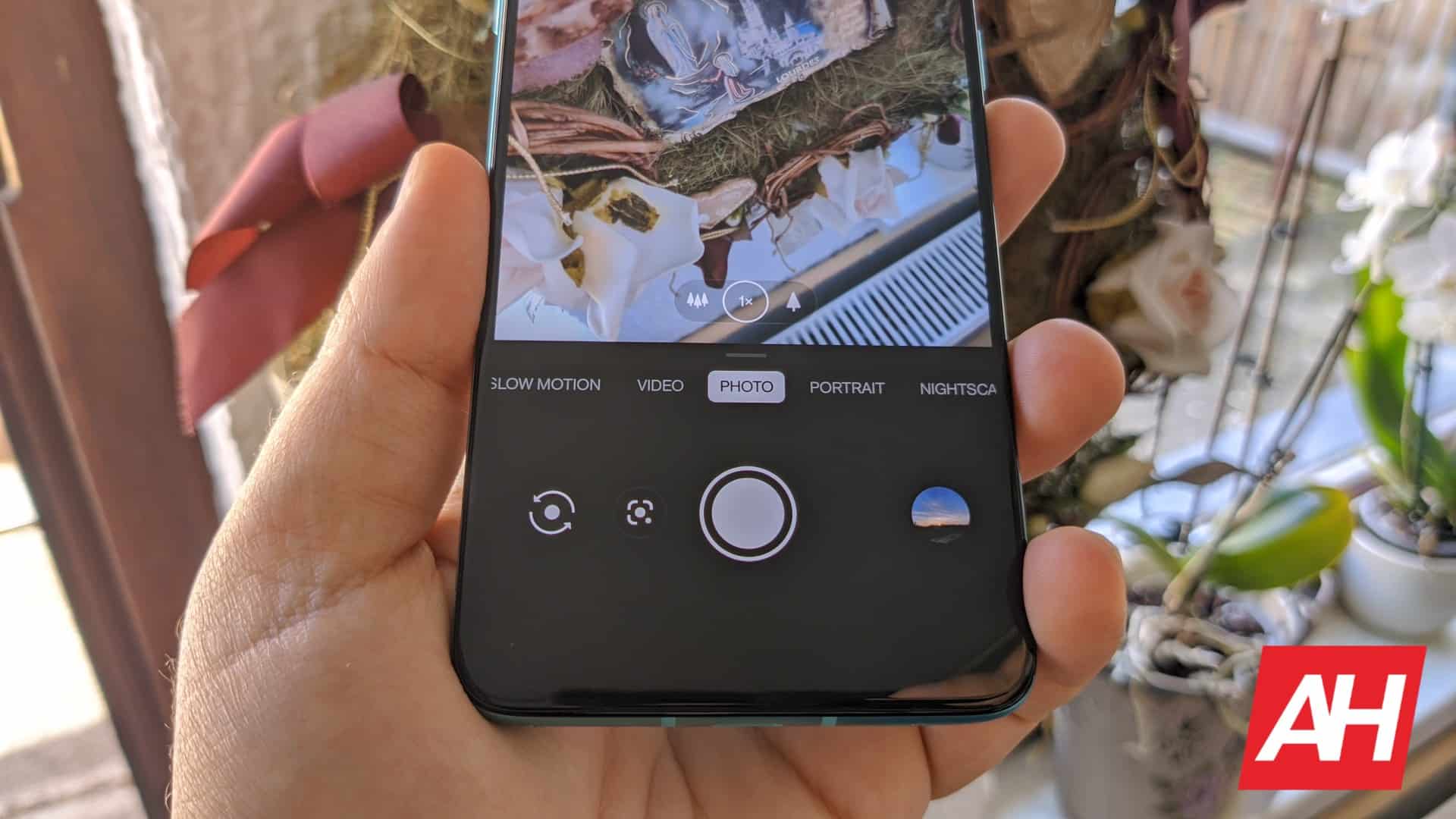 Both phones can take quite detailed pictures when the light is good, with great colors. Their ultrawide cameras are also really good in such conditions, the fall-off is not that noticeable. The OnePlus 8T tends to oversaturate images sometimes, though, and make them a bit sharper than they should be. The Xiaomi Mi 11 tends to add some saturation, but it’s not as aggressive as the OnePlus 8T.

They both do a good job in low light as well. Xiaomi fixed some issues from the Mi 10, and the phone really does an excellent job now. Both of them can add a lot of light in such shots. They also can preserve quite a few details in low-light scenarios, especially the Mi 11. All in all, both phones are quite good in regards to cameras.

Pretty much every single one of you will be happy with the audio performance on these two phones. They both deliver stereo speakers, and the one on the Mi 11 are even tuned by Harman Kardon. The point is, those speakers are really good on both smartphones. They deliver loud, sharp sound, with almost no distortion, even at the highest of volumes. We don’t really have any complaints in that regard.

Sound via a good pair of headphones is also good enough. You cannot expect miracles when it comes to smartphone audio, but these two deliver to the best of their ability. The sound is well-balanced across the spectrum, and there’s even some bass that you’ll notice while listening, though not too much.

Will SoFi Technologies, Inc. (SOFI) File Negative Earnings Next Week? What You Should Know