If you’re somebody who likes to interact with the variety of Fortnite NPCs when you’re playing, then you likely know that Bushranger might an untimely demise.

The character tried to make contact with the aliens and perhaps strike an alliance, but the extraterrestrials had something else in plan and Bushranger was whacked.

If you visit the spot where the Bushranger once stood, you’ll find a grave site, indicating the character has indeed been killed. We’re not quite sure how it happened, but the beloved NPC is no longer with us.

While it looked like a circle of life thing might be going on a new Bushranger was being grown, it appears that Epic had other plans. Bushranger’s final fate has been revealed to us.

Thanks to a leak from Fortnite leaker FireMonkey, the Collection Book in Fortnite will now show Bushranger as a tree.

You can probably go in and see for yourself, and it’s a sad end to a character who tried their best to make peace. We don’t know if we’ve seen the end of Bushranger yet, and it does seem like he could make a return at some point.

The cool thing with this reveal is the fact that it’s a tree, which seemingly indicates a new Bushranger could spawn from it. Think of this NPC as a Phoenix where it could rise from the ashes and return from the dead.

Fortnite likes to have little stories like this going on behind the scenes, so maybe if you visit the spot where he once roamed around, you could even find a tree growing there in a matter of weeks. 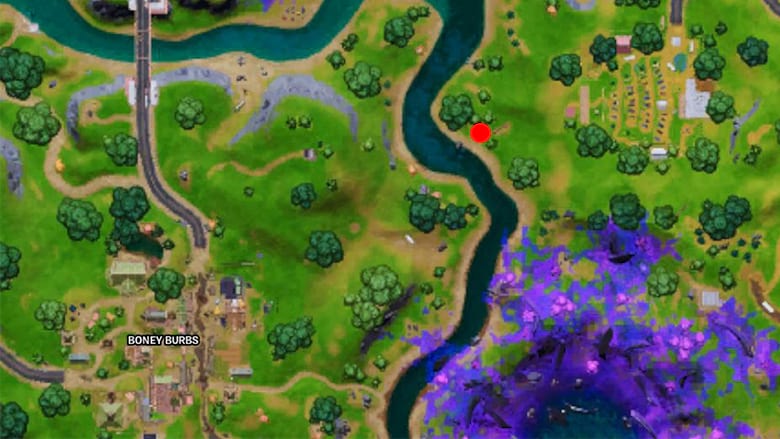 Of course, knowing where he used to be plays a big role in being able to visit his former location.

If you want to check out the burial site and see how it’s changing over the remainder of the season, then you can find it on the right side of the river a little to the northeast of Boney Burbs.

For a better landmark, you can head almost directly west of Risky Reels, but that’s no longer a named location in Season 7. The spot itself isn’t really near anything of note, so you can spend a lot of time here investigating if you’d like.

If you land here at the start of a match, don’t expect to find much loot on the outside of either of these locations. In fact, it’ll be hard to win a game from this spot, but paying respects to an old friend might be more important to players.

One thing we’ve learned about Fortnite is characters don’t really stay dead for long. Peely feels like he finds a way to be obliterated each and every season, but he keeps on coming back for more. Even Midas appeared to die at one point, but he’s still here in the game, so if you’re a Bushranger fan, just know he’s probably not gone for good.

READ NEXT: How to Get Street Fighter’s Cammy Free in Fortnite

iphone 12 - How to Get a Free Samsung Chromebook

iPhone – How to reduce the size of screen recordings on iPhone