After years of development and delays, Valve is ready to make an entrance into the market of portable gaming. Steam Deck comes into the lives of gamers in order to shake things up and to offer a mobile alternative to hardcore video gaming. With hardware that impresses and with the ability to adapt its operating system to the player’s standards, Steam Deck feels like a PC in the form of a PSP. Gamers from all over the world have started reserving their Steam Deck consoles with the hope that their new gadget will be at their doorstep as early as December 2021.

Steam Deck has its own operating system, supporting the function of running video games, but this does not mean that its functions are only limited to gaming. Steam Deck owners can install and run Windows on their Steam Deck device and do anything from running games powered by Epic Store to playing the latest Megaways slots. Steam Deck’s adaptability makes it a gadget that will attract many potential buyers. It is still early to say that Valve’s console will reach the sales of competitor Nintendo Switch, but it will definitely sell millions of devices in the years to come.

What to Expect from Steam Deck

Many gamers see Steam Deck as a Sony/Microsoft hybrid portable console. Some have called it a Nintendo Switch for nerds because it can run really demanding games. These games would put a Switch on overdrive as they normally run on PS4 and Xbox One consoles. Hundreds of games from all generations are available for purchase and download through the Steam library. Among others, gamers can play Control, numerous Final Fantasy or Grand Theft Auto titles, State of Decay, or Days Gone.

Considering that Steam Deck is more – or can be more – than just a gaming device, it would be a little bit unfair to compare it to Nintendo Switch. However, the market will see Valve’s console as a gaming device so it is worth putting the two portable consoles to the test. The head-to-head between Steam Deck and Nintendo Switch shows that two devices have very similar technical specs. This means that you will get similar connectivity, similar battery life, and more or less similar look-and-feel. 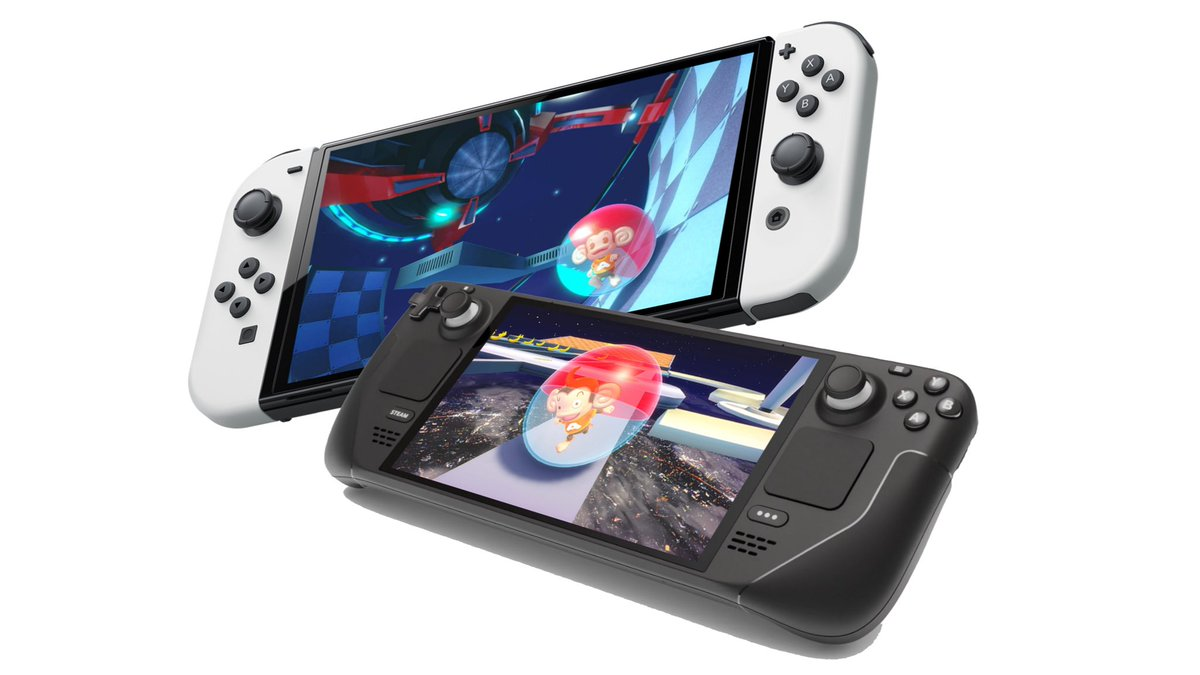 Price-wise, Steam Deck’s standard version is a little bit more expensive than Nintendo Switch OLED. and the price goes up depending on which version you decide to go with. Valve’s console comes with three different storage options, starting with 64 GB (like Switch OLED) and going up to 256 or 512 GB. Apart from that, Steam Deck comes with a stronger RAM than its competitor.

An area where Nintendo Switch wins is the weight of the device. Steam Deck weighs almost twice as much as the Switch OLED device weighs. Both portable consoles are light, but if you are planning to play for 6 hours straight, then that extra weight will make a difference. If you are a stranger to handheld consoles, then simply compare holding an iPhone 12 mini with an iPhone 12 Pro for several hours.

AMD Ryzen - The 5 Best CPU for Gaming and Streaming

iPhone - Roundup: AirPods 3 could launch next month with a redesign