Nick Kolcheff aka NICKMERCS, a content creator for FaZe Clan, shares his opinion about the future of Call of Duty: Warzone and cheaters.

The free-to-play battle royale title Call of Duty: Warzone has experienced incredible popularity, building a community of more than 100 million players since it launched a little over a year ago. Unfortunately, that sizable Warzone player base contains a substantial number of cheaters as well, and they have succeeded in bringing down the gameplay experience for everyone.

The problem has proven to be a constant thorn in the side of developer Raven Software. Associate Creative Director Amos Hodge has even stated that the widespread cheating in Call of Duty: Warzone has ruined some of his best work. Though thousands of cheaters have been banned by the game’s security team, it seems that more just crop up to take their place.

Content creator for FaZe Clan, Nick Kolcheff aka NICKMERCS, has also voiced his concerns about the future of Call of Duty: Warzone if cheating isn’t more effectively and substantially curtailed. In a YouTube video posted on July 24, the Call of Duty: Warzone player discussed whether or not he believes the battle royale game is “falling off,” a question he is frequently asked by viewers. According to Kolcheff, “It’s very, very difficult to play a game of Warzone because, one, there’s a lot of cheating and, two, you never know who’s cheating. It’s become relentless.” He expressed his opinion that the game is already slowly “falling off” because of this incessant problem.

According to the YouTuber, Warzone’s player base may decline as people move on to games less infiltrated by cheaters. Kolcheff has been playing more Fortnite recently, and he pointed out other content creators who have been enjoying different games lately. “It’s got a lot of content creators and people just not really wanting to play the game so much anymore.” For publisher Activision, stopping the cheaters is almost like playing a game of whack-a-mole. In March, 30,000 cheaters and hackers were eliminated; three weeks later another 15,000 accounts were removed. So far, more than half a million Warzone accounts have been banned from the game to little effect.

As the game’s security team turned its focus on PC hackers, cheating in Warzone on PlayStation and Xbox saw an uptick, namely with an aimbot touted as being undetectable and just as effective on consoles as on PC. Activision’s method for combatting this new wave of cheaters was to target the YouTube videos advertising the aimbot, and entire channels have been shut down as a result.

Part of the problem seems to be that players removed for cheating are not kept away permanently. Because only the account is banned and not the cheater’s IP address, players can simply create a new account and continue as before. Those who want to just enjoy a game of Call of Duty: Warzone without the constant hassle of cheaters have been asking Activision for a more aggressive and permanent ban solution, as well as better cheat detection.

Call of Duty: Warzone is available on PC, PS4, PS5, Xbox One, and Xbox Series X/S.

MORE: Why Call of Duty: Warzone Will Never Be Completely Free of Cheaters

Genshin Impact: How to Solve ‘Touch the Sword Hilt’ Puzzle at Musoujin Gorge 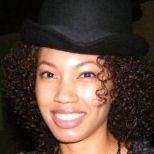 A long-time fan of survival horror, RPGs of all kinds, and shooters, Pam will try any genre except sports. Favorite series include Silent Hill, God of War, Far Cry, and the Souls games. In her spare time, Pam also dabbles in foreign languages, watercolor painting, and reads way too much fantasy, sci-fi, and horror.

Fortnite - Epic Games gets closer to the metaverse with Sketchfab acquisition

Citibank Near Me: Locate Branch Locations as well as ATMs Neighboring